Nexans Suzhou Is on the Move

Nexans, a worldwide name in the cable industry, has taken a major step in reinforcing its position in China’s growing resources & transport markets with the start of its Suzhou Industrial Footprint (SIF) project. The completion of the SIF project is key, as stated in Nexans’ strategic plan, to serve applications in the cable market such as rolling stock, offshore, shipbuilding, mining, handling and others. Most of the equipment is being transferred from the company’s Shanghai location since the completion of the building construction during third quarter 2015. The new plant also leaves Nexans with enough space to expand production capacity and to extend local production according to customer demand.

Mention the Arili name in Turkey and people think irrigation products in agriculture. Indeed, the company has been serving local customers for nearly 45 years. They gained world class recognition with the arrival of Pipelife in 1989. Today, Arili is a full member of the privately owned Austrian group.

Estralin Taps into the Power of an SLA

A Service Level Agreement with Maillefer is in vigor at Estralin High Voltage Cable LLC in Russia. During a recent SLA visit, we gave the customer's equipment a maintenance check and gave their management a series of recommendations to improve performance. Since then, several actions have been undertaken. Estralin now requests additional support as they prepare for the upcoming bi-annual visit. 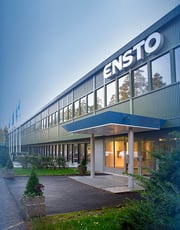 Dalian Jinzhou Cable’s first rubber cable production line from Maillefer is up and running. After a busy year of 2013 with numerous 10 kV cable deliveries, the new line opens doors to making cables for the building, wind park, ship, mining, and rolling stock industry as well as for heavy industry.

The Turkish cable manufacturer Seval Kablo visited our booth 10/D21 on Tuesday 8.4. at wire 2014 in Düsseldorf. During their visit, a new medium voltage catenary line, EPL 30 specially tailored for Seval Kablo was affirmed. Installations of the new line will begin in October this year and preliminary plans for an additional medium voltage line are also under way.