Sustainability - A Key Driver Shaping Everything We Do

Renewable Energy or Green Energy is the number one megatrend ahead for the global Wire & Cable industry. The change is underway and it will continue to increase demand and cable volumes for the coming decades. 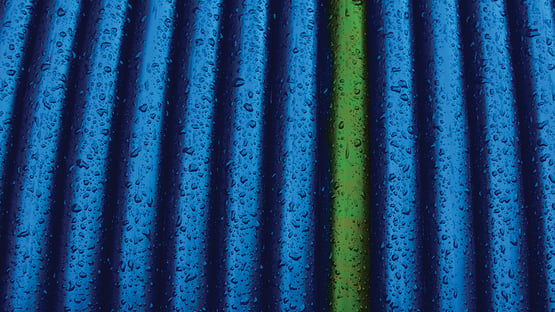 Solutions in Artificial Intelligence are developing rapidly and have invested our product portfolio. We employ the latest AI technology to help our customers create value from their data. Based on the information compiled, AI helps human decision making and even assists in certain industrial processes directly.

As the biggest plastics event took place in Germany, the question of where we stand in terms of sustainability has grown in importance. Where to begin? Maillefer looked at different functions within its organization and surprisingly realized that certain progress has been made. To move forward, however, will require us to precede towards international standards.

Legend Valve & Fitting, Inc. has been in the business of providing plumbing and hydronic systems for over 30 years. The bulk of their business came from sales of copper & brass components and systems. That’s until Legend decided to explore the potential for PEX and PERT products nearly ten years ago. “And what a great decision that was,” sums up Mike Boehk, General Manager of American Legend Manufacturing, based in Michigan, USA.

Automotive Multilayer Tube - Fuel Up with an SLA

Polyhose India is a manufacturer of thermoplastic tube, spiral and cross braided high-pressure hydraulic hose, PTFE hose and PVC braided hose for automotive and industrial applications. Maillefer has established a Service Level Agreement (SLA) with Polyhose that guarantees Technical Inspection visits and Service Support Desk with priority response. The agreement specifies the frequency of interventions and the resources involved from both Maillefer locations in Switzerland and India. Polyhose also benefits from privileged access to the Support Desk, including remote connection via Internet.

German based FRÄNKISCHE defines itself as an international family owned business with over 20 sites worldwide and a total pipe production exceeding 1.5 million meters per day. Maillefer knows them particularly well in one of their business sectors – heating & plumbing pipe.

Process Know-how Is the Key

Nexans Suzhou Is on the Move

Nexans, a worldwide name in the cable industry, has taken a major step in reinforcing its position in China’s growing resources & transport markets with the start of its Suzhou Industrial Footprint (SIF) project. The completion of the SIF project is key, as stated in Nexans’ strategic plan, to serve applications in the cable market such as rolling stock, offshore, shipbuilding, mining, handling and others. Most of the equipment is being transferred from the company’s Shanghai location since the completion of the building construction during third quarter 2015. The new plant also leaves Nexans with enough space to expand production capacity and to extend local production according to customer demand.